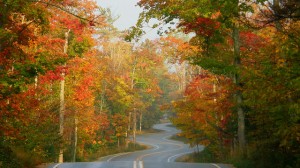 Do your days begin and end with your wishing you could stop drinking? Does the whole idea of “getting sober” simply seem too hard to accomplish? If so, it’s important to remind yourself that YOUR road to sobriety is not necessarily the same as that of anyone else. And, in fact, it might be easier than you thought.

The truth is that each of us has to find our own unique path towards sobriety. Some people find that they must quit cold turkey, or all at once, to remove alcohol from their lives. However, many other people find that the easiest way to quit or cut back drinking is to first make ONE, small change in their lives. Then, when they have the strength, they can take another small step, and continually move themselves closer to where they want to be.

Let’s say, out of habit, that you’re drinking a six-pack of beer or a bottle of wine every day during the week. You may also have an after-work happy hour that you never miss. On top of that, you’re drinking even more on the weekends, perhaps including shots. In total, you may be consuming 50, 60 or more alcoholic drinks each week.

In this example, the HARDEST thing to do (for many people) would be to stop drinking completely. It’s simply too much of an ingrained habit. A few people can, of course, quit cold turkey – but for most people it is simply too much to do at one time. Not only would it be extremely difficult to stop drinking completely, but a failure to quit cold turkey can actually serve to reinforce the drinking habit.

A better option would be to figure out the EASIEST thing to change, so you can take one step towards sobriety. In the situation above, it could be much easier to give up the weekend shots than to stop drinking completely. This part is subjective, of course. In MY opinion the shots would be the easiest thing to give up, but what would be the easiest for you? (article continues below)