Alcoholics Anonymous » Is Alcoholism a Disease? 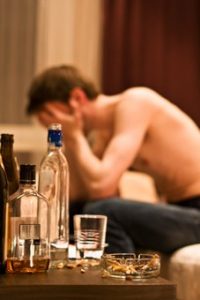 Is alcoholism a disease that you have no control over? Many alcoholics who think so are actually giving themselves an excuse for their drinking problem. They want to make it SOUND like a confusing medical issue that the common person will not understand. It is an easy way to  deal with their alcoholism, while simultaneously not taking responsibility.

Another poor excuse that many people use to justify their problem with alcohol is that their parents struggled with the same issues. This, they hope, somehow makes their situation more understandable. The disease of alcoholism “runs in the family”, so there’s nothing anyone can do about it.

Unfortunately, to call alcoholism a disease, or to imply that drinking is out of one’s control, is simply a ready-made excuse to KEEP drinking. Simply put, it is “learned helplessness”. You are telling yourself that you are powerless over what you put into your body.

Don’t Hide Behind This Excuse

The truth is, alcoholism should NOT be viewed as a disease because that gives you an easy out. It is something to hide behind when you do not want to deal with your problem. On the contrary, alcoholism is something that IS beaten with a commitment to change one’s habits.

If you truly want to take the time to get off of the bottle, you will have to show a certain amount of dedication to doing it. And a willingness to change your daily habits. (read the article: Overcome Alcoholism by Changing Your Strategy).

First and foremost, you must have a personal reason in order
to kick an addiction. For example, an addiction is often defeated by someone who has a purpose and a reason to live.

A person who wants to see their grandchild grow up will do anything they can to kick their drinking habit. Your reason could be similar to this, or something completely different, but it has to be something that really MEANS something to YOU.

Is Alcoholism a Disease? No.

The bottom line is that alcoholism is a bad habit, not a disease. And just like other bad habits that you have had in your life, you can break this one, too.

The most important thing to do is to commit yourself to changing your day-to-day habits. Do that, and the bad habit of drinking too much alcohol gets easier and easier to conquer. ♦