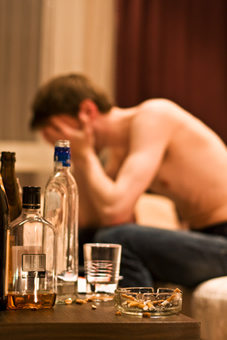 You may know of someone who believes that alcoholism is a disease. Because of this, they feel that they are powerless before it.

However, many medical experts are troubled by the fact that alcoholism doesn’t exactly fit the “disease model”. It does not, in their view, have the empirical evidence to back up this idea.

Here are just 4 reasons that many doctors now reject the idea that alcoholism is a disease.

Alcoholism is a Bad Habit, Not a Disease

Here’s the truth: alcoholism is a very bad habit that you’ve allowed to control your life. It has wormed its way into your life because of the day-to-day habits you’ve adopted over the years.

The good news is that you are fully capable of breaking this bad habit. You will take control of your life as soon as you commit yourself to changing your daily habits. You’ve broken bad habits before, and you will do so again.

When you stop believing that alcoholism is a disease you will feel both liberated and empowered. This is because you now have the POWER to change your life for the better. ♦