Random Thoughts » Alcohol Rehab – Do You REALLY Have to Go? 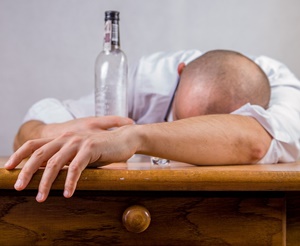 Are you considering going to an alcohol rehab? If so, you’ve probably already been thinking about it for some time.

If you haven’t gone by now, it may be that you just aren’t sure if you can “handle it”. Or, perhaps you think it isn’t the best option, considering your other obligations.

Before going, it is wise to make sure that it really is your BEST choice to get sober. Below are five questions you should ask yourself first. The answers may help you decide if going to rehab makes sense for you.

First, have you already tried OTHER options to get your drinking under control?

Sometimes it’s easy to jump to conclusions, and to believe that the “most obvious” choice is the best. This isn’t always true, however – and going to an alcohol rehab center is a clear example.

Simply put, don’t make it harder than you have to. If you’re looking to cut back (or quit) drinking, it’s important to remember the basics – and to try them first. I’ve previously written about 10 Steps to Quit Drinking, which goes through some common-sense things you need to do to get your alcoholism under control.

Have you ever failed to quit drinking? It wasn’t YOU that failed, but the method you tried. There are many different roads to sobriety, and we each have to find the one that works for us, not for someone else.

Second, is going to alcohol rehab something YOU want to do to get sober?

Oftentimes we do things because others want us to do them, and not because we truly feel committed. Or, more often, it’s a combination of us “kind of” wanting to change, but family or loved ones pushing us into making a decision that they want more than we do.

Do others want you to go to rehab? If so, then chances are you do NEED to change your life in some way. Just make sure that it’s you who wants to change, before you commit to going to an alcohol rehab center.

Third, have you TRULY considered the time and cost of going to rehab?

Rehab can be an expensive decision, even when mostly covered by insurance. Measure this expense in BOTH money and time. Most rehabs call for a drastic change to your lifestyle, often up to 30 days. Of course, some people NEED a drastic change to get the booze out of their lives.

Be aware of how much money it will cost you, as well as the time involved. And it’s not just time spent AT a rehab that counts. Also consider the time that you won’t be able to do the things you normally would do – such as a hobby, a part-time job, or time spent with family and friends.
(article continues below)