Secrets of Sobriety » ACTING Sober Will Help You BECOME Sober 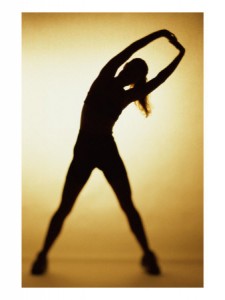 “Acting sober” might have a negative connotation to it, but in reality it can help you become sober. Let me tell you what I mean, because it’s important to understand the concept.

Over the years you have probably heard the term “fake it til you make it”. Generally speaking, it means that a good way to gain self-confidence is to ACT like you already are confident. And as the “fake confidence” produces real success, that success will in-turn result in REAL confidence.

Thousands of people in all walks of life, from rock stars and politicians to artists and teachers, have used this method and have testified to it producing amazing results. The good news is that this little trick can also be used by those who are fighting alcoholism or alcohol abuse. Simply stated, by utilizing this method you can BECOME sober simply by acting like you ALREADY ARE sober.

Why this works might seem hard to grasp at first, but it’s really quite simple: when we “act the part” we subconsciously begin to adopt the habits and thought patterns required that will eventually result in us attaining that which we wanted. Acting like you ALREADY HAVE SOMETHING is the first step to actually ATTAINING that which you want! So here’s your chance to be that actor or actress you’ve always wanted to be!

1. Pay Attention to What You Say: How does a sober person talk? How does that contrast to an alcoholic’s speech? The answers are pretty obvious. A person who lives a sober lifestyle very seldom even TALKS of alcohol, as it has little or no meaning. A person who has an alcohol addiction, however, will constantly speak of their drinking. Acting sober means YOU must talk like a sober person. Remove any reference to alcohol from your speech. Remember, alcohol has no meaning to you when you act sober. Talk like you’ve been sober for years, even if it’s only been for a few days!

So, you want to get sober? You want to start living a healthier lifestyle? Begin RIGHT NOW by acting like you ALREADY ARE SOBER and ALREADY LIVE a healthy lifestyle. Before you know it, you will BECOME the type of person you want to become by “acting the part” today. ♦