Random Thoughts » Alcohol Gives You Nothing 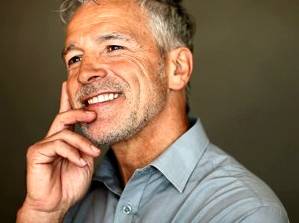 Did you ever think about what alcohol gives you? I didn’t, until an old friend of mine decided to quit drinking many years ago. He quit back in 2000, which was at least 4 years before I thought about it.

He was a heavy drinker for as long as I had known him, and his decision took me a bit by surprise. When I asked him why, he simply replied “What is alcohol giving me?” I didn’t understand what he meant back then, but now I certainly do.

Of course, I always knew that there were plenty of good reasons to quit drinking but I had never really pondered what I was getting OUT of alcohol. There was clearly no tangible benefit, as over the years I had basically pissed away money, time and energy.

After thinking about it for a time, I realized that the only benefit I received from drinking was that it made me a more outgoing person. And thus, I felt more accepted and liked by others. By nature I am quite shy, and it was always difficult for me to make new friends. When I drank – and especially if I drank a LOT – I would become much more involved in my surroundings.

Of course, this ability of alcohol to change me from an introvert to an extrovert came at a very high price. I probably had wasted tens of thousands of dollars on booze over the years, not to mention the lost time that served no fruitful purpose. And my health had deteriorated to the point that I had gained 30 pounds, and constantly had stomach aches and other physical ailments. I even had to take an afternoon nap every day to feel better!

So, that’s me. But, what is alcohol giving YOU? Is it a buzz? Because most people say that it becomes harder and harder to get a buzz as the years go on. It certainly doesn’t GIVE you time. In fact, of all the regrets that recovering alcoholics have, the waste of time is almost always near the top.

What does alcohol give you? I doubt it is money unless you own one of the companies that makes the stuff! Think back on all the years you’ve drank. I bet if you could have back all the money that you spent on booze you’d have a nice little nest egg.

Obviously, the LAST thing alcohol is giving you is good health. It simply is bad for every part of your body, from the smallest cell to the largest organ. If you’re reading this article you probably already have some aches and pains that been bothering you. DON’T ignore them any longer. It is your body telling you that you need to STOP pouring alcohol down your throat … BEFORE IT IS TOO LATE.

Alcohol Gives You Nothing Worthwhile

Over the years, alcohol has given you nothing in return for how much you invested in it. If this was a marriage you would be considering divorce! So, do yourself a favor. Divorce yourself from alcohol today. You’ll immediately feel better for doing so. ♦