Secrets of Sobriety » Let Your Sober Self Out of the Closet! 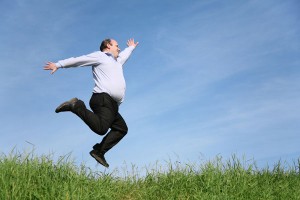 A lot of people try to SECRETLY quit drinking alcohol, keeping their decision to get sober “in the closet” because they fear they might not succeed. And if they DO fail, they’d rather it be a private matter, without the embarrassment of anyone else noticing.

However, keeping this life-changing decision to yourself can actually cause you to eventually fail, as you’re adopting the mental approach that you are more worried about the potential ridicule of others than you are in permanently removing alcohol from your life. In addition, by keeping your decision to yourself you make it easier to slip because “no one will know” you slipped up.

Fortunately, there is a remedy to this. And that remedy is to tell EVERYONE (when asked) that you don’t drink alcohol, or exactly why you want to sober up. For example, should a waiter at a restaurant ask if you want a drink, you could reply with something like: “no thanks, I don’t drink alcohol”, or “a cup of green tea sounds better to me!”

Around friends you can use statements like as “I stopped drinking because I wanted to be healthier and have more money”, or “I simply want to be sober”, or one similar. These kind of statements reinforces your commitment to YOURSELF, and also makes you psychologically stronger to resist any future temptation to drink. You are, in effect, telling yourself that your commitment to stop drinking alcohol is STRONGER than any fear of failure.

Do NOT be afraid to tell others that you’ve decided to move beyond drinking alcohol, and tell them the reasons why: you want to feel healthier; you want to have more energy; you want to save your money; you want to do more with your life. Etc, etc. Plus, the reasons you tell others is for YOUR benefit as much as theirs. By thinking and saying of the reason you no longer drink you are giving yourself daily reminders of where you’re headed in your life.

Whatever your reasons to quit drinking alcohol, and there are many, get in the habit of stating them for others to hear – and also for YOU to hear, because by doing so you are constantly reinforcing your inner resolve. It is MUCH easier to stop drinking alcohol when you are FEELING the commitment to quitting deep down in your being.

The most important thing to remember is that your sobriety is too important of a decision to keep hidden from others. It is a decision that will revitalize your life with a renewed energy and enthusiasm.

Let everyone know that you intend on changing for the better, and you might be surprised that not only will this help you, but others may see it as an inspiration to change as well! ♦