Alcoholism and Your Body » Beer, Hops and Estrogen 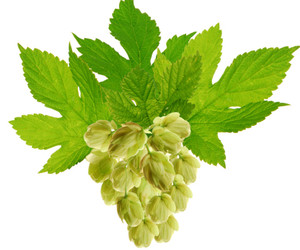 I’ve previously written about how alcohol lowers testosterone and increases estrogen, but it might be worthwhile to explore this a little further when it comes to beer.

Specifically, let’s talk about the effects that beer has on the bodies of men and women. Please note: this article isn’t about alcoholism as much as looking into the hidden downside of beer, and so here are the alcoholism articles.

The biggest problem with beer is the hops it contains. Hops, if you didn’t already know, is a powerful preservative that’s been used in beer for centuries.

Hops widely began appearing in beer in the early 16th century. The German Beer Purity Law having mandated that the only ingredients to be used in beer were water, barley and hops. Prior to this act, most recipes for beer consisted of many different medicinal plants.

It is now easy to see that people of that time considered beer as a medicine and quite healthy. Legend has it that the Protestants of that era were the driving force behind the Beer Purity Law. Hops were thought to reduce the libido!

The Dirty Secret of Hops

Long ago German beer makers made the startling discovery that the women who harvested hops actually experienced earlier menstrual periods. It also seemed to reduce the libido and contribute to feminizing the bodies of men. The reason for all of this is now known: hops is one of the more powerful phytoestrogens (plant-based estrogens) in the world. And, clearly, all of this extra hops is causing havoc in our bodies. (article continues below)